Categories
You Are Here: Home > Fitness > Why You Should Skip Caffeine Post-Workout 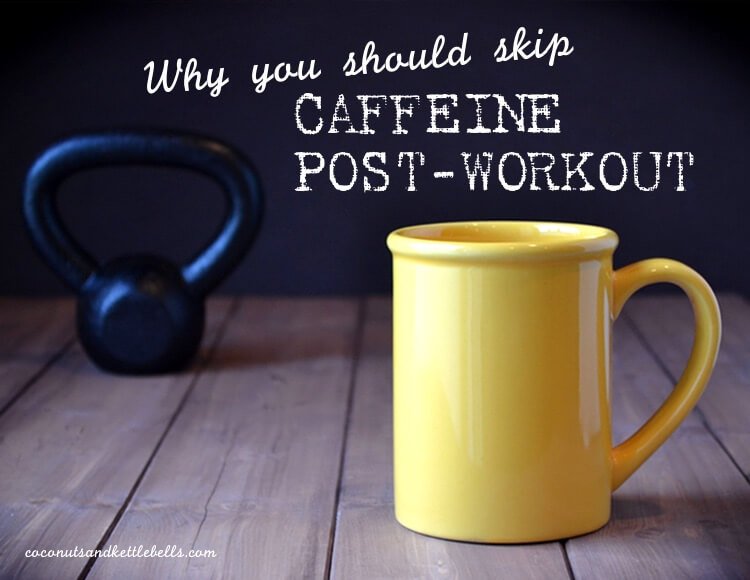 While the health benefits of coffee are still hotly debated, we enjoy waking up to a nice cup of bulletproof coffee to give us a boost of energy for the day. But for those of us who complete a kettlebell exercise or a hill sprint workout in the mornings, we may want to rethink rewarding ourselves with a cup of joe. This post explains why you should skip caffeine post-workout and instead have some before!

“While sipping coffee pre-work can be great for your training endeavors, consuming caffeine post-workout may not be the best choice when it comes to overall health and performance.

With compiling research in favor of America’s favorite cup o’ joe, it’s probably accurate to assume coffee will eventually become the next superfood. Unfortunately, all the buzz tends to be very confusing for people who aren’t familiar with scientific literature, especially when it comes to implementing more specific strategies like consuming caffeine post-workout.

So, why does coffee get so much love? While virtually none of us need more of a reason to consume it, coffee is thought to be one of the richest sources of antioxidants. These chemical compounds are incredibly beneficial for us because they help neutralize harmful free radicals in the body.

Coffee also contains caffeine, an alkaloid that occurs naturally in the leaves, seeds or fruit of more than 60 plant species. As you’ve most likely experienced firsthand, caffeine is a stimulant drug, which means it speeds up the messages traveling between the brain and the body.

While caffeine has been linked to side effects like a fast heartbeat, dizziness, and sleep issues, caffeine has been shown to have positive effects on sports performance, and might even help protect against cognitive decline, Alzheimer’s disease, and certain cancers.

How Does Caffeine Work?

Caffeine resembles an inhibitory neurotransmitter in our body called adenosine, which promotes sleep by slowing down nerve activity throughout the day. Our body has a number of adenosine receptor sites, and because caffeine looks a lot like adenosine, it binds to these receptor sites and inhibits adenosine from doing its job. As a result, once absorbed – caffeine stimulates cellular function, and there’s an increase in the firing of neurons in the brain.

Caffeine also constricts blood vessels because it blocks adenosine’s ability to open them up, which is why caffeine is associated with pain reduction. Restricting adenosine also helps dopamine do its job more efficiently, potentially resulting in increased happy dances.” 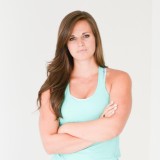 Noelle is the chick behind Coconuts & Kettlebells. She has a serious obsession for cooking and consuming amazing food, any product that can be made from coconut oil, and her considerably large, but very necessary collection of workout shoes. And that’s her in a nutshell. I created Coconuts & Kettlebells to provide insight on redefining the basics of what real human food and fitness looks like. I passionately believe gaining unwanted weight, struggling with depression or emotional instability, and being in a state of constant sickness and disease is NOT normal for the human body. There is a better way to find happiness, health, fitness, and natural leanness WITHOUT restrictive “diets” or prescription pills – and the public deserves to know. My ultimate goal is to make achieving health easy to understand. I have a BA in Public Relations from Gardner-Webb University, and I’m currently studying to become a Nutritional Therapy Practitioner through the NTA while stationed with my husband and puppy in Annapolis, MD. He’s a Marine. And she’s a Boxer. And they’re both the loves of my life. Since graduating college, My full-time corporate job has been in the running and triathlon industry. For the past 5 years, I’ve been working with people to help them find the right shoes, gear, and accessories based on their biomechanical movement patterns and injuries. I’ve also worked with organizations like Semper FIT (United States Marine Corps) and corporate health departments to do on-site health and fitness presentations and training. Let’s just say – I’ve touched a TON of feet. Sexyyy.