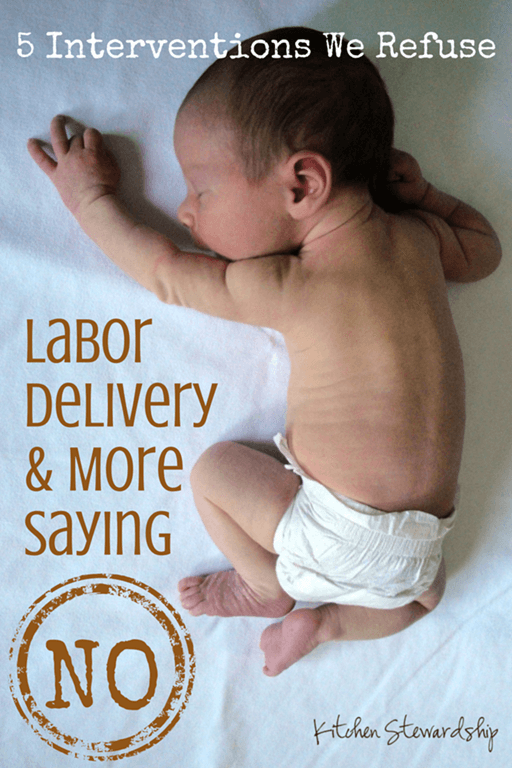 There is a lot of preparation during the time of pregnancy. Besides decorating the nursery, folding blankets, and mentally preparing for the new addition, you’re also conquering morning sickness, ensuring you eat a nutritious diet, and planning for labor.

As part of your preparation, it’s good to be informed about what typically goes on during a birth in the hospital setting, that way you and your partner can discuss whether or not you are going to comply. Unfortunately, there are many interventions that are commonplace during labor and delivery in a hospital that might not be totally necessary. When you’re in the midst of labor pains, it’s more difficult to discern if a particular proposed intervention is actually ok with you. So, it’s smart to educate yourself beforehand so that you can go into labor with a clear head to make such decisions.

In this post, Katie outlines five birth interventions to refuse, when possible, of course. She provides research and evidence for each of her reasonings, and some may be eye-opening!

“I went into my first labor like a warrior to battle, out to defeat the evil enterprises of medicine that would try to make me take drugs, have repeated interventions and cause my birth to be stressful instead of relaxed, medical instead of natural and healthy.

Turns out I was actually pleasantly surprised that my battle plan – I mean, my birth plan, all 2+ pages of it – was met with more, “We pretty much already do that,” or “Of course we’d allow that,” than, “No way, Jose, my way or the highway!” I think that in the last few decades OB health has come around a long way, swinging the pendulum back from the “tie ‘em down, drag ‘em out” sort of philosophy that many hospitals used for deliveries in the 1950s or so.

There are still some interventions that are fairly standard practice during the birthing process that we avoided as much as possible. It’s good to have choices. It’s good to have docs and pediatricians who will listen to you and have a two-sided conversation. But you have to know going in how to enter that conversation and what things that seem mandatory might actually be optional, or at least up for discussion.

I shared last week about how we learned to say “no” during prenatal appointments, more and more often the more times I experienced pregnancies and realized that (a) I was allowed to say no, and (b) there were some sides to each decision that I hadn’t realized with baby one. I continued to learn even after the fact for baby no. 3, like the “you can avoid the orange drink for glucose screening” lesson I described yesterday.

Here are five more conversations to have with your doctor or midwife after you become an informed health consumer.

The Strep B thing stressed me out since pregnancy number one. I learned that antibiotics gave baby a rough start and increased the likelihood of yeast infections, which can make breastfeeding very, very challenging. I was nervous and hoped and prayed I was Strep B negative. 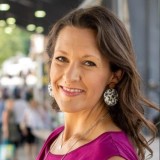 I embrace butter. I make homemade yogurt. I eat traditional real food – plants and animals that God created, not products of plants where food scientists work. Here at Kitchen Stewardship, I share how I strive to be a good steward of my family's nutrition, the environment, and our budget, all without spending every second in the kitchen.