Categories
You Are Here: Home > Family Life > Is Cosleeping Safe? 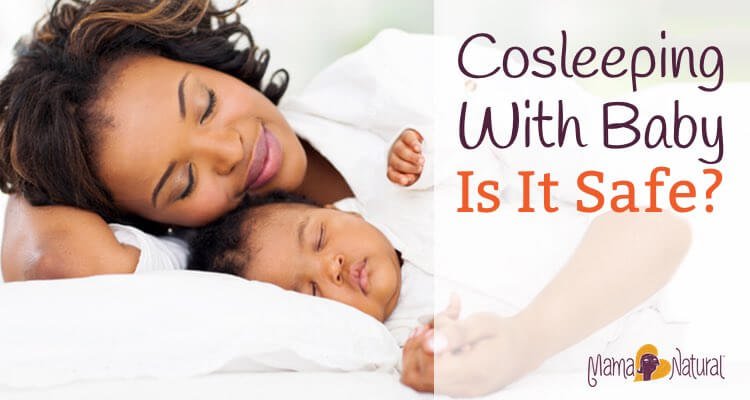 When it comes to attachment parenting, along with breastfeeding and baby wearing, cosleeping is one of the most popular (and controversial) practices. But is cosleeping safe? Cosleepers are often viewed as irresponsible from the mainstream sources, and while co-sleeping can be dangerous when not done properly, you might be surprised by how natural it is. This post is a thorough examination of the benefits and dangers of cosleeping and offers suggestions for co-sleeping safely.

“Baby-wearing, breastfeeding, and co-sleeping are some of the main tenants of attachment parenting, but the latter is sometimes met with criticism and stern warnings.

Still, co-sleeping is more prevalent than most people think. Parents often say that baby sleeps in his or her crib when, in reality, mom and baby sleep together at least part of the night. Ask your non-cosleeping friends. You’d be surprised how many actually do co-sleep without knowing (or admitting) it!

During their first three months of life, up to 70% of babies in Europe and America will have coslept with their parents one or more times.(5)

And why shouldn’t they?

Co-sleeping is the biological norm

Cosleeping with baby is culturally accepted in many non western societies today. And, of course, for most of human history, co-sleeping was the norm in all cultures.

And it makes sense: In hunter-gatherer societies, a newborn or baby sleeping away from mom is more prone to danger and has to cry to get mom’s attention, which could put the group at risk of predatory attack. On the other hand, a baby nestled close to mom can nurse without fully waking (and without fully waking mom either).

What exactly is co-sleeping?

The benefits of co-sleeping 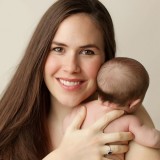 Genevieve battled weight, digestive, and immune system issues for many years, so she knows firsthand the harmful effects of conventional life. Through a long road of detox, she discovered the healing power of real food and natural living. This transformation spread into every area of her life - physical, emotional, and spiritual. Today, she wants to help other moms live happier, healthier lives through MamaNatural.com.