Categories
You Are Here: Home > Health > The Difference Between Hashimoto’s and Hypothyroidism

In recent times, there has been an increase in thyroid disease due to its increase in prevalence. Not wanting to be on synthetic medicines for the remainder of their lives, people are beginning to look to more natural ways to treat problems with their thyroids. Our thyroid is an incredibly important organ that influences the state of our adrenals, quality of sleep, and even our mental state. When there’s a kink in that system, we begin to really feel the effects. There are different kinds of thyroid disease, and two common ones are hashimoto’s and hypothyroidism. Although many people who have hypothyroidism also have hasimoto’s, the latter is rarely discussed by most physicians. This post explores the difference between hashimoto’s and hypothyroidism and how to detect if you have either.

“I often get messages from readers who say that they have hypothyroidism, but not Hashimoto’s. But often times they have BOTH.

So what is the difference between hypothyroidism and Hashimoto’s?

Hypothyroidism, by definition, is a clinical state. It is a state of low levels of thyroid hormone in the body.

The low levels of thyroid hormone can occur as a result of a variety of different reasons, such as iodine deficiency, surgical removal of the thyroid, excess use of thyroid suppressing medications, pituitary suppression or damage to the thyroid (physical or disease induced).

Unfortuantely many people think that if they had Hashimoto’s, their doctors would have certainly told them.

But that’s not usually the case.

Many doctors simply don’t test their patients for Hashimoto’s. That’s because the conventional medical model treats autoimmune thyroid disorders in the same way as they would treat someone with a nutrient deficiency induced thyroid disorder, congenital defect of the thyroid gland, someone who was born without a thyroid or someone who had their thyroid removed or treated with radioactive iodine… with synthetic thyroid hormones.

I recently found a useful tool called Google Trends that allows you to looks at the search trends in Google searches for various topics.

After being diagnosed with hypothyroidism, many people are told that their “thyroid is sluggish”, and that these things happen with age and often hear “Just take this pill, you’ll be fine”…

But they’re not told that they have an autoimmune condition.

Thus they never think to ask the question “Why is my immune system attacking my thyroid?”, therefore they never know to address the immune system imbalance and never get an opportunity to prevent or reverse the progression of the disease.

If you’ve been diagnosed with hypothyroidism, you should also be tested for Hashimoto’s.

But it’s also possible to have Hashimoto’s and not yet have hypothyroidism.” 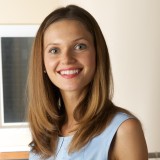 Dr. Izabella Wentz, PharmD, FASCP is a pharmacist who has dedicated herself to addressing the root causes of autoimmune thyroid disease after being diagnosed with Hashimoto’s Thyroiditis in 2009. She is the author of the best-selling patient guide “Hashimoto’s Thyroiditis” Lifestyle Interventions for Finding and Treating the Root Cause” and a co-producer of the Hashimoto’s Institute. Dr. Izabella writes about nutrition, supplements and other lifestyle changes that can help people overcome Hashimoto's.