Categories
You Are Here: Home > Nutrition > How to Render Lard 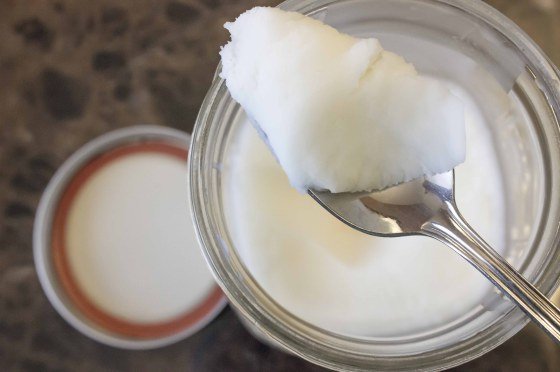 Your great grandmother may have been on to something when she would render lard for cooking and baking. Because of our recent culture is largely anti-fat (all fat), it may be difficult for us to wrap our minds around lard being good for our health. But just like coconut oil and olive oil, lard adds vitamins and good fats to our dishes like stir fry and cake. Plus, it tastes delicious, is very affordable, and simple to make! You can easily render your own lard by following these brief steps. Keep it on hand for whenever you need it!

“If someone told me a couple of months ago that I’d be writing a blog post on how to render your own lard, I’d say they’re crazy! Move over Crisco, there’s a new fat makin’ girl in tha house.

We are all familiar with this stuff, in fact, I have a container in the back of my fridge from a couple years ago – yes, time to toss it!

Crisco is commonly used in pie crusts and other flaky baked goods, and claims to be “all vegetable shortening” but it is full of hydrogenated oils, GMO soybean oil and some other junk I can’t pronounce.

We’ve become so accustomed to the fast paced world of “I need that now!”, that rendering lard has become a lost art and totally foreign to most people – including me – until now!

It might be hard to wrap your head around this seeing as most of us come from a fat-phobic world. I know I did before going keto, but pure, organic lard has many wonderful health benefits such as:

It’s funny how lard gets a bad rap. Contrary to popular belief, it will not clog your arteries. Clogged arteries come from eating a high inflammatory diet full of unhealthy fats (re: Crisco), excess carbohydrates and sugar.

So, embrace the healthy fats and let’s get to it…”

Myra currently lives in the Kootenays in beautiful British Columbia. After unhealthy eating habits and weight gain in her 20s, she decided it was time for a change! A few years and 40lbs lost she now lives mostly dairy and gluten-free, eats less meat and dabbles with vegan, vegetarian and raw foods. She also is a fitness fanatic and enjoys weight training, running, hiking, tennis and snowboarding. This new love of food and nutrition has encouraged Myra to learn more and she plans on obtaining her R.H.N. (Registered Holistic Nutritionist) Certification through the Canadian School of Natural Nutrition in the near future. Check out her blog for tasty, healthy recipes and fitness tips!