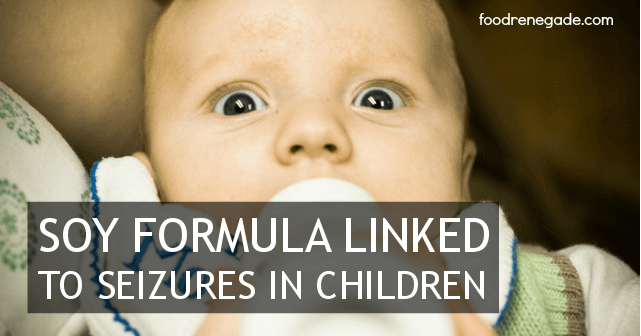 Do you remember that big “soy-push” that began about a decade ago? It seemed that everywhere you turned, you were presented with soy milk, soy burgers, soy brownies, soy soy, etc. We were encouraged to ditch raw milk and real meat for the artificial substitutes. As one of the United States’ major cash crops, an over-abundance of soy meant that we had to do something with it. Thus, the American public was sold on the fact that soy is good for us and that it can even help us lose weight; and we all nodded along while popping our edamame.

The first time I ever heard the contrary was when I was in college. I was taking an embryology class, and my professor was always adamant about proper nutrition during pregnancy. Thankfully, he was so intent upon helping us prepare to have healthy pregnancies that we spent a whole section on the importance of nutrition for fetal development. During this segment, the professor dropped the bomb on us that soy was actually harmful to the human body, but especially for women and our reproductive abilities. He presented us with studies and in-depth research about the long-term effects of soy upon the body. I was shocked, and quickly ditched the soy train.

Now, we are facing the repercussions of including soy in our infants’ formula. Studies are showing an increase in seizures in those children who are fed soy-based formulas. This enlightening post explores the details of the study and highlights the correlation between soy formula and seizures in our kids. You will see how the long-term consequences of this formula are devastating.

New data published in PLoS One shows that consumption of soy formula may also be associated with a higher rate of seizures in children.

True cancer of the prostate, carcinoma, is seldom seen in infants and children, but other forms of malignant tumors may develop and more cases are appearing in developed nations where the link appears to center around soy infant formula.

While many claims have been made about the health benefits of these estrogen-like compounds, animal studies indicate that soy (both conventional and organic) contains powerful endocrine disrupters that alter growth patterns and cause sterility.

Toxicologists estimate that an infant exclusively fed soy formula receives the estrogenic equivalent of at least five birth control pills per day. By contrast, almost no phytoestrogenshave been detected in dairy-based infant formula or in human milk, even when the mother consumes soy products. Scientists have known for years that isoflavones in soy products can depress thyroid function, causing autoimmune thyroid disease and even cancer of the thyroid.

Led by Cara Westmark from the University of Wisconsin-Madison, USA, the team explained that the investigation was sparked by mouse studies of a drug that, it was hoped, would inhibit seizures by blocking signals that excite nerve cells.

“It was pure serendipity that we happened to look at soy,” Westmark noted.

Findings from an initial study on mice led the team to investigate the links between soy and seizures in a group of nearly 2,000 infants fed either dairy or soy based formula.

The findings showed that children with autism who were fed soy formula had 2.6 times as many febrile seizures as the children fed non-soy formula in the database. That means 4.2% of the soy group had a seizure associated with a fever, compared to 1.6% of the dairy group, said the team.” 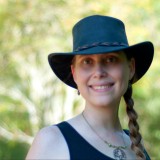 I am a passionate advocate for REAL FOOD -- food that's sustainable, organic, local, and traditionally-prepared according to the wisdom of our ancestors. I'm also an author and a nutrition educator. I enjoy playing in the rain, a good bottle of Caol Isla scotch, curling up with a page-turning book, sunbathing on my hammock, and watching my three children explore their world.