Categories
You Are Here: Home > Nutrition > Is a Vegan Diet Healthy? 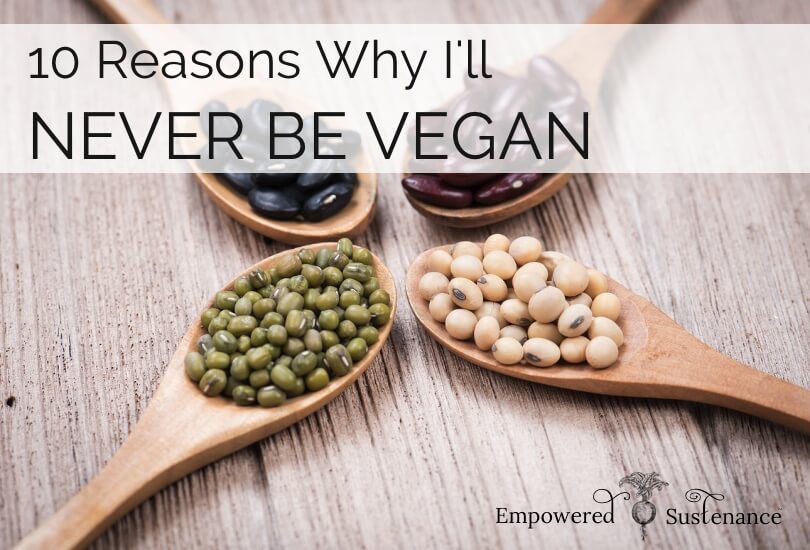 You know that, around here, we are big fans of meat. We love a good steak dinner, and we put bacon on pretty much everything (we even love bacon jam, for goodness sake!). We’re also champions of a veggie-rich diet, locally sourced produce, and kicking out the processed foods.

Mant other people claim to have great success, however, with a vegan diet, which excludes animal products. So while vegans would agree with the latter part of the first paragraph, they wouldn’t be too crazy about the bacon jam. And these claims can be valid! So many people have lost weight and regained their health by following a vegan diet, and we would never discount that credibility. But this post from Lauren details why she would never choose the vegan diet; so if you’ve ever wondered, “Is a vegan diet healthy?”, you’ll want to read on!

“Is vegan healthy?
Recently, I’ve received a few emails from readers who’ve asked me, “I’m so confused about a healthy diet! Is vegan healthy? I’ve read/seen [enter vegan book or documentary here] promoting a vegan lifestyle, but I know that you eat many animal products.”

Food is complicated, but let’s start with the many aspects of a balanced diet on which everyone agrees – even the vegans and paleos! This includes:

Enjoy an abundance of freshly prepared vegetables
Minimized processed foods and instead cook meals from scratch
Eat mindfully and slowly
Source local, organic foods and support small farms
But what about the question of eating animals products? I firmly believe that properly-sourced animal products are essential to both the health of the human race and the health of the planet. Here are 10 reasons why I will never be a vegan.

Dr. Weston Price, a dentist with a passion for nutrition, traveled the globe to discover the secrets of healthy, happy people. He recorded his findings in the 30’s in the landmark book, Nutrition and Physical Degeneration. From the Inuit in Alaska to the Maori in New Zealand, Dr. Price revealed that the diets traditional to each culture, although dependent on geography, followed a strict set of dietary laws.

Perhaps the most striking commonality is an unerring reverence for animal foods. No traditional culture subsisted on a vegan diet, a fact that Dr. Price found particularly interesting.

Some cultures, such as the Masai tribe in Africa, consumed almost exclusively animal products. The Masai ate meat, milk and blood from their cattle, experiencing profound health and incredible bone structure (which is an indicator of generational health). Cultures – such as the Inuit – that didn’t practice animal husbandry caught wild meat or fish. Groups who had the least access to animal products would forage for grubs and bugs.

The China Study (which is a book title, not a study) has been used to promote the idea that primarily vegan cultures experience better health than omnivorous cultures. T. Campbell, the author, notoriously cherry-picked data to arrive at a specific conclusion. Denise Minger, author of Death by Food Pyramid, published a scathing critique of Cambell’s work in her article, The China Study: Fact or Fiction.

2. Vegan diets do not provide fat-soluble vitamins A and D

Contrary to popular belief, you can’t get vitamin A from carrots. Vegetables provide carotene, a precursor to vitamin A, while animal sources such as liver and pastured egg yolks provide true vitamin A.” 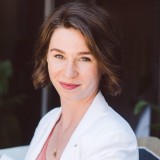